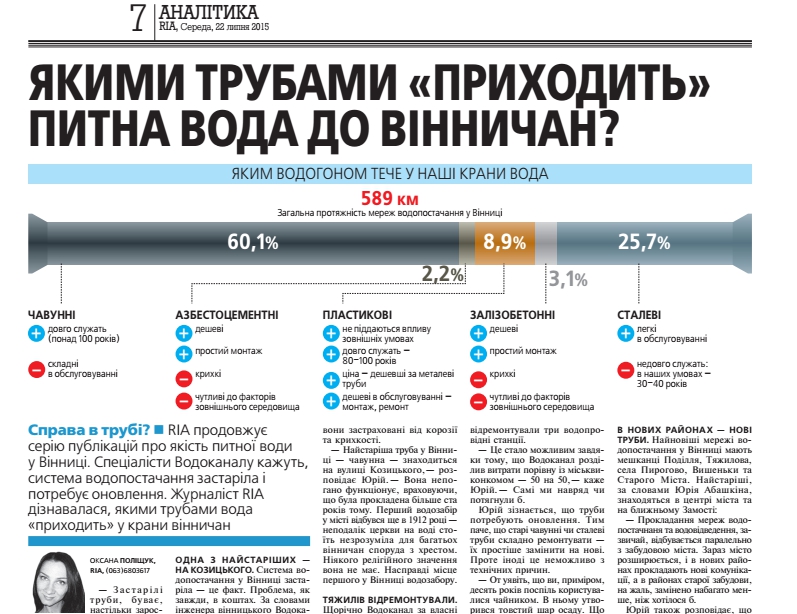 Journalistic investigations are the future of journalism and the effective tool in fight against corruption and inaction of authorities. In other words it is a public way by which the media can build democracy in Ukraine.

Funding: SCOOP- the project of the support of investigative journalism

Recipient of the grant: RIA FUND

Purpose of financing: Carrying out journalistic investigation: Research of quality of drinking water in the cities near the Southern Bug 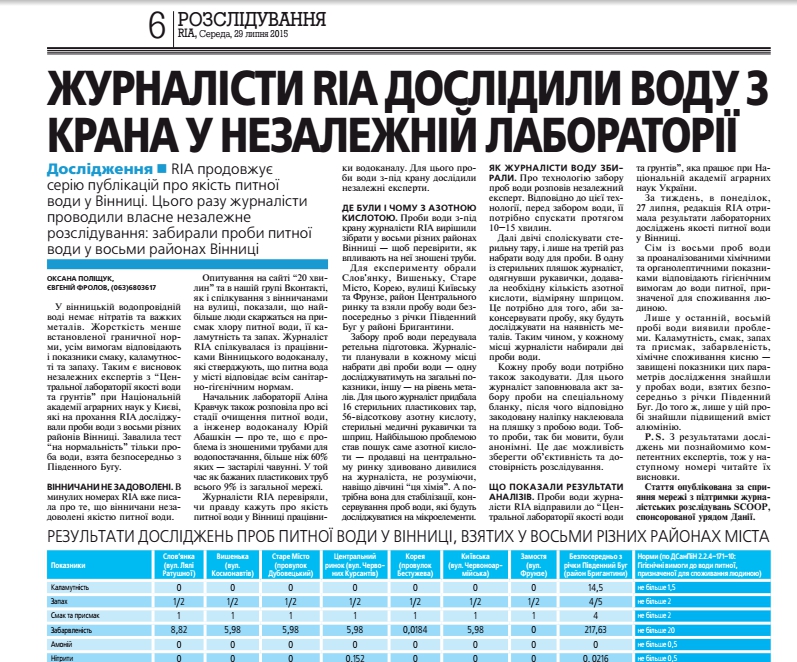 From March to April, 2015 the journalist of RIA – Oksana Polishchuk, started the implementation of the journalistic investigation which was supported by the SCOOP project.

Investigation subject: “Research of quality of drinking water in the cities near the Southern Bug”.

The subject was chosen, of course, as the actual one, for the readers of the RIA newspaper. Quality of drinking water, ecology, technical condition of the system of water supply of the city – these are the problems the residents of the city are worrying about, today.

During the course of the investigation 5 articles were published. They were placed in the newspaper RIA (№ 27, 28, 29, 30, 31 – 2015) and on the online publication platform: 20minut.ua. The materials of the publications are available here:

1) Vinnytsia residents about the water from the faucet: smells bad, has unsavory taste, contains sediment.

3) What pipes are used to carry water to Vinnytsia residents? 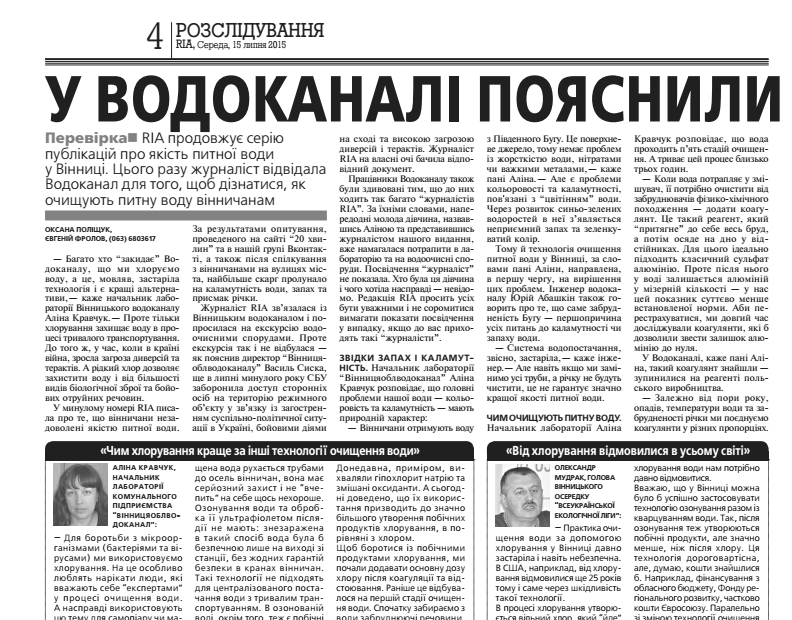